Home > About The Ministry 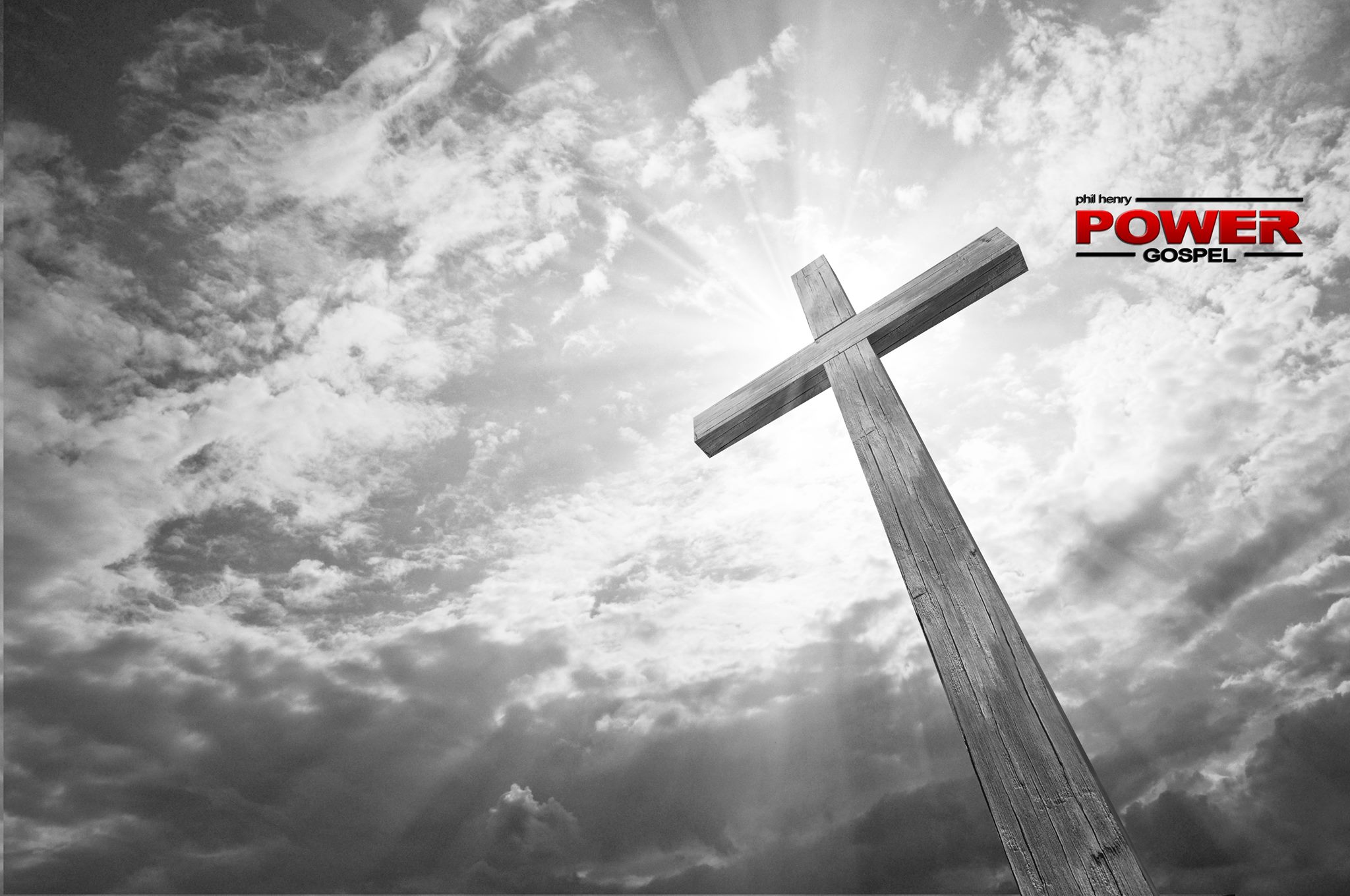 The Phil Henry Power Gospel Overview
This ministry is based on 2 Timothy 1:7 (YLT) “For God did not give us a spirit of fear, but of power, and of love, and of a sound mind.“ With this potent thought in mind, our messages proclaim the good news of the gospel of Jesus Christ, that He is the “Savior Of All” and that He calls all of us to embrace this truth and live in "Power Without Fear" in Him.

Living with Jesus forever is based on His work. Living with Jesus presently on earth, powerfully and without fear, is based on our work, that of making His word, the scripture, our necessary spiritual food, taking it in daily, meditating on it and then applying it to our lives.

Now I embrace, as do most traditional Christians, the divinity of our Lord Jesus Christ, that He;
• miraculously came into this world through a virgin birth
• lived an impeccable, sinless life
• died an atoning death, and
• was raised from the dead as the required payment for all sins (1 John 2:2).

Where I may differ from "tradition” is that I am convinced that His so-great sacrifice was to JUSTIFY all of mankind (Romans 5:18) and to RECONCILE all people to Himself (Col. 1:19-20), not to justify and reconcile only some.

Several sports teams are known to describe their unified efforts as being "ALL IN." This ministry believes that the entirety of humanity will one day be “All in with Christ,” as opposed to the thought that Christ’s sacrifice will only result in "SOME IN," i.e. those blessed ones (and believers are!) who believe in Jesus during the course of their lives. Allow me to further explain;
Inconsistencies with traditional "Heaven or Hell?"
It seems that the predominant thinking in evangelical circles is to “GO TO HEAVEN” one must personally believe in Jesus while alive or face eternal consequences. Many describe the state of having personally believed by saying they are "SAVED." They'll thankfully state "I am saved," and will ask others with concern, "Are you saved?" The prevailing thought is that the unbeliever, unless he/she converts, is as the classic rock song blares, already on the “Highway to Hell!”

I was in agreement with, but certainly not fond of this traditional rationale for over 25 years. Raised in a loving and practicing Roman Catholic family, I was taught much about Jesus. Yet at age 25, I heard an emotional, evangelical message about the need to personally believe in Christ. This message "shared" His love and proclaimed eternal life in heaven for those who believed it, yet also "scared" in the sense that to reject Christ's offer meant eternal death and separation in hell. I responded to an "altar call," went forward, recited a "sinner's prayer" and became “born-again.” I was "saved!"

For the next 25 years, not desiring anyone to plunge into eternal torment due unbelief, I proclaimed to many what I thought was the Gospel, according to the seemingly plain textual truths of the bible (more on this coming); I offered the love of God available through a relationship with Jesus but also warned of the consequences of not believing.

Please know that I love and respect fellow believers who embrace this traditional, prevailing thought. Many are some of the finest, most caring people I know. Yet the "Heaven or Hell" Gospel for me, compelling people to "choose or lose" and to "turn or burn," was becoming increasingly inconsistent to me;

• The God who told us to place our faith in Him (John 3:16), was it not rather, His faithfulness that secured a total (not a partial) victory over sin and death for all? (Galatians 2:16, Philippians 3:9)

The Original Usurped
Was the church always “hell-bent” on warning unbelievers of eternal damnation? Was there a time when proclaiming the GOOD NEWS and inviting others to receive Jesus as their Savior was not coupled with the selling of "fire-insurance?"

I had heard about Christian Universalism, also known as Universal Salvation or Universal Restoration, the notion that God will save all of mankind not apart from, but because of the death and resurrection of Jesus. Obviously not a popular doctrine among evangelicals, I did my homework, aided by my pastor who was reaching the same conclusions. I learned that far from being some “new revelation”, the universal and ultimate inclusive plan for all is actually quite old and quite “original.”

Strong evidence exists that God's plan to save all was the prevailing and predominant thought in the early church, from biblical times just after Christ’s resurrection throughout the next 400+ years. Led by Paul, Peter and the other apostles and disciples, this belief system was handed off to other generations and carried on by noted theologians such as Clement of Alexandria (150-215 AD), Origen Adamantius (184-254 AD) and Gregory of Nyssa (335-394 AD). Here is an excellent article about the early, “Original” Church; The History of Universalism.

Other more current and notable supporters of Christian Universalism include:

I became convinced that until the emergence of Augustine of Hippo (354-430 AD), known as St. Augustine to many, Universalism was the majority viewpoint of the early Church! Augustine acknowledged as much when he was thus quoted, "There are very many (‘imo quam plurimi’, means ‘majority’ in Latin) who though not denying the Holy Scriptures, do not believe in endless torments" (Enchiria, ad Laurent. c.29).

If true that Universalism was widespread, how and when was it usurped? It’s no secret that Augustine had great disdain for the Greek language and rather, preferred Latin. His heaven and hell soteriological views were expressed in his famous writings called THE CITY OF GOD, which presented human history as a conflict between the Earthly City and the City of God. Per Augustine, the ultimate destiny of those aligned with the Earthly City would be conscious, unending punishment, while those united in the City of God while on the earth, would go on to eternal life with God in Heaven.

This thinking became a hallmark of Western church, now seen as the “traditional” one, while the the Eastern church remained largely, proponents of the original Greek and their belief in "APOCATASTASIS", a Greek word that means "restoration" and the conviction that God would one day restore all things, as per Acts 3:20-21.

What the “Plain Text” lacks
Objectors to the message of an ultimate and inclusive universal salvation, those instead aligned with Augustinian thought, have oft-shared one representative passage of scripture to support their conviction of Heaven for believers and hell for unbelievers. Traditionalists call this and similar passages, “plain texts;”

If this English plain text is to be read and believed at face value, then of course the universal gospel would be marginalized. But let’s consider three key words from the Greek plain text, words neglected by Augustine, and ask if instead, the doctrine of eternal torment is the view that should be sidelined?

(1) The word that we read as “ETERNAL” in most English translations comes from the original Greek word “AION” which, except when referring to God’s own essence, means, “an age, pertaining to an age or age-abiding.” Thus a more accurate translation (used by some bible versions, notably Young’s Literal Translation-YLT) is this;

"And these shall go away to punishment, age-during (aionion)..." Here’s the deal with an age- it has a beginning point AND an end point!

(2) The word that we read, “PUNISHMENT” in most English translations comes from the original Greek word “KOLASIS.” This word refers to remedial punishment, correction, or pruning. Thus a “kolasis punishment” is one whereby the guilty party is ultimately restored and not forever condemned!

Consider punishment meted out by a loving parent; is it not in and for the child’s best interest? Is there a reason why God wouldn’t deal with His children, those whom He created, in the similar manner?

(3) Even the English word “HELL,” which is not explicitly used in Matthew 25:46 but is implied, seems to have been spoken by Jesus at least 11 times in most popular English translations of the New Testament. Yet Jesus never said the word “hell,” rather, He said, "GEHENNA," which was a reference to the Valley of Ben Hinnom.

The word Gehenna does NOT describe an otherworldly, eternal abode of the damned but instead refers to a REAL PLACE. Gehenna was the town garbage dump located just outside the city of Jerusalem. It doubled as a place of HISTORICAL JUDGMENT. Notably in 586 BC and in 70 AD, Jerusalem was overtaken by foreign armies, their two temples destroyed and Jews were burned in Gehenna. These were real-time historical events, not futuristic all-time judgments.

Our Bottom Line Beliefs
The Phil Henry Power Gospel will among other things, proclaim God’s plan of Universal Salvation:

• Because He has secured a total, not a partial victory over sin and death, for all (Isaiah 25:8).

The Phil Henry Power Gospel also endeavors to foster a better understanding of God’s so-great love that will one day be manifest throughout all of His creation. His love, properly understood now, is certainly able to alleviate fear and to help us live powerfully through Him. As such, this ministry will be:

• Exhorting all to live powerfully through and productively for Him (John 15:4).

• Proclaiming to all that to live these truths is to live in His love, where there is no fear (1 John 4:18).

Talk about good news! I hope you will follow along as we present weekly Five Minute Power Messages, occasional Power Blogs and daily Power Tweets.